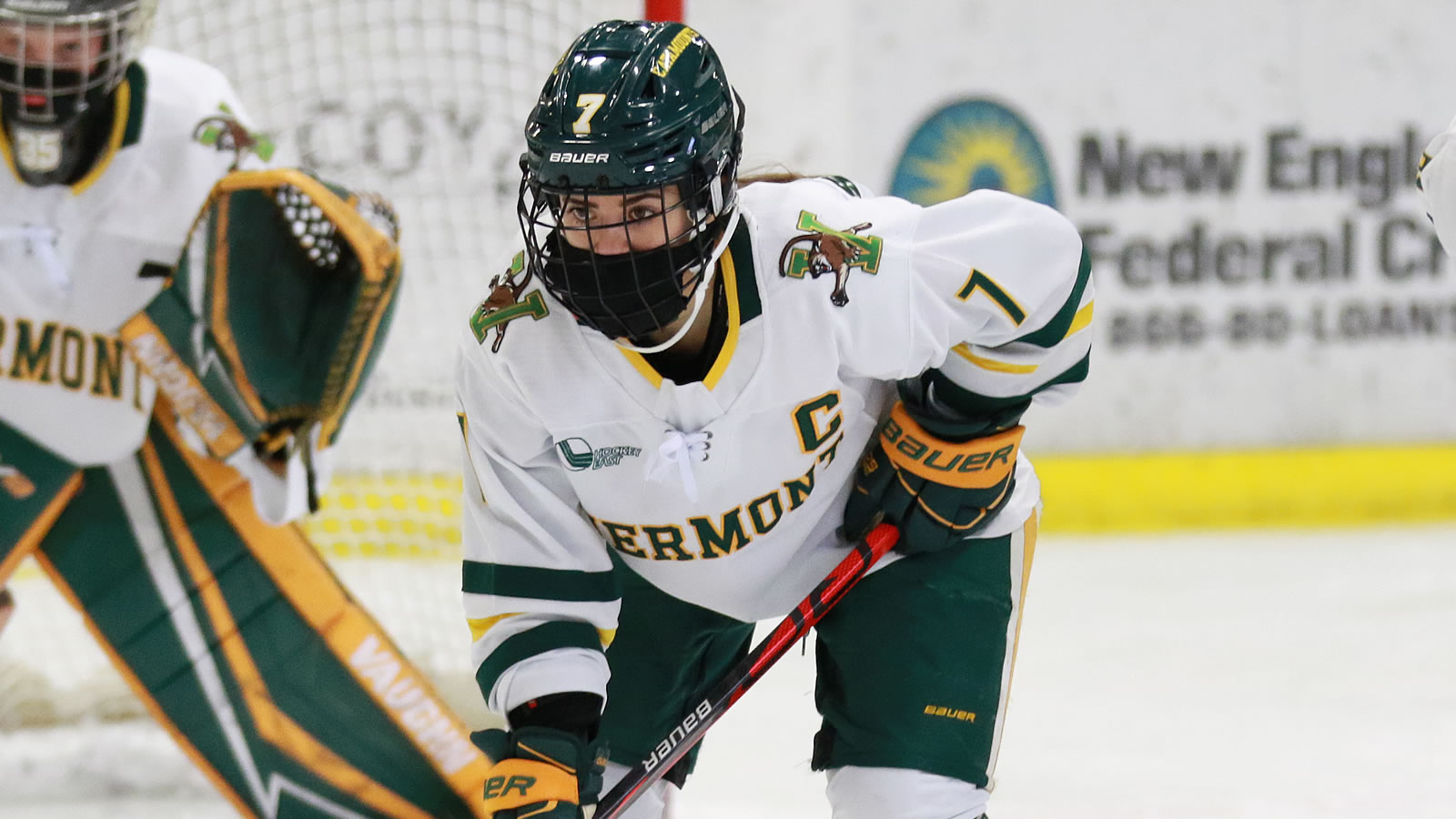 BURLINGTON, Vt. - Danielle Serdachny had a goal and two assists leading all skaters with three points as No.4 Colgate defeated Vermont 5-1 Saturday evening in non-conference action from Gutterson Fieldhouse. With the win, the Raiders improved to 6-0-0 on the campaign while the Catamounts fell to 2-2-0.

"Hats off to Colgate for a well-played weekend," Head Coach Jim Plumer said. "In most respects, we played better today than yesterday and I am proud of our team for that. Our team has high expectations and in order for us to meet them, we are simply going to have to finish better in order to win hockey games."

- The Raiders opened the scoring with 6:55 remaining in the first period. Danielle Serdachny fed a backhand pass to Allyson Simpson in transition that Simpson one-timed through Blanka Škodová's legs for her fourth goal of the season.

- Vermont responded 68 seconds later with its first goal of the weekend series. Antonia Matzka gathered a puck in the Vermont zone and with a deft behind the back pass set Kristina Shanahan and the Catamounts away on a three-on-two rush. Shanahan skated into the slot and picked the top corner with a perfect shot for her first goal of the season.

- Colgate reestablished its lead with 2:05 remaining in the opening period. Sydney Bard scored her second goal of the season with a well-placed wrist shot through traffic.

- At the start of the second period Vermont had back-to-back power plays but couldn't find an equalizer. Shortly after Kalty Kaltounkova and Eleri MacKay scored 20 seconds apart to extend the Colgate advantage to 4-1.

- Serdachny closed out the scoring with 4:15 left in the third period.

- Antonia Matzka earned her first career point as a member of the Catamounts with an assist this afternoon.

- In addition to her goal Kristina Shanahan led all skaters with four shots tonight.

The Catamounts are off next weekend but will begin Hockey East play on Friday, October 22 as they host Holy Cross at 6 p.m. Then on Sunday they will face Merrimack at 2 p.m. All the Hockey East action this season will be available at CollegeSportsLive.com/hockeyeast.