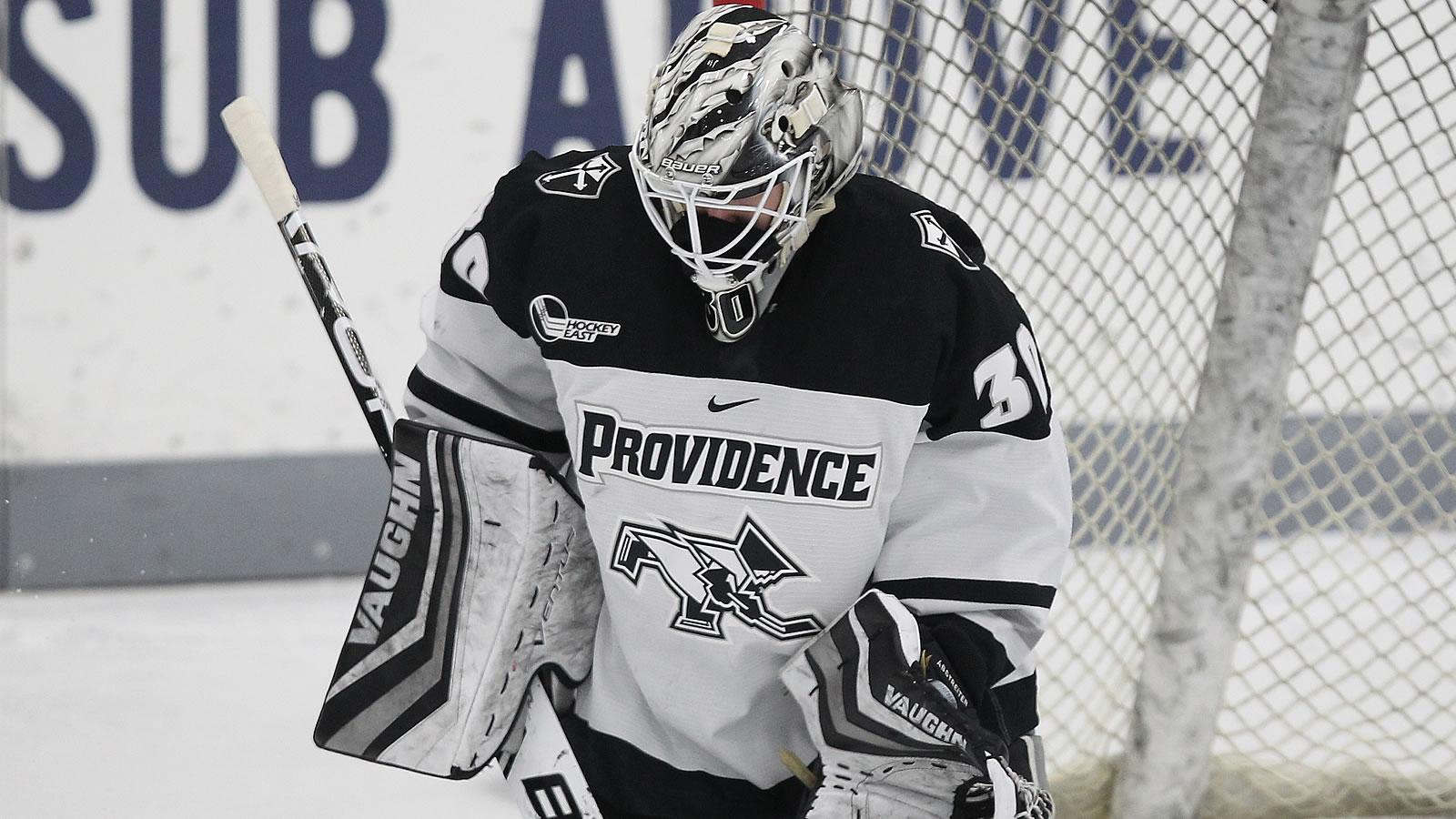 PROVIDENCE, R.I. - Sandra Abstreiter (Freising, Germany) made 33 saves to record her first shutout of the season as the Providence College women's hockey team earned a sweep over No. 2 Northeastern with a 3-0 win on Saturday afternoon at Schneider Arena.

- The Friars got on the board, 1-0, nearing the end of the first period with a goal from Brooke Becker (Orchard Park, N.Y.) at 18:52. Becker was assisted by Claire Tyo (Massena, N.Y.) on the first goal for Providence, which served as the game winner.

- Providence cashed in on its only power play of the second period as Lindsay Bochna (Toronto, Ontario) put away her second goal of the season, straight off a face-off assisted by Hunter Barnett (Caledon, Ontario).

- The Friars gained a two-goal cushion midway through the second as Ciara Barone (North Tonawanda, N.Y.) netted a shot from Tyo at 12:03. The goal served as Barone's first of the season and as Tyo's second assist of the night.

-Despite the three-goal deficit, the Huskies kept firing at the Friars, outshooting them 13-8 in the final period.

- Abstreiter set season-high with 33 saves, earning her first shutout of the season and seventh of her career.

- Providence picked up their first win over Northeastern in five games, having gone 0-4-0 against the Huskies last season.

- The Friars earned their first win against a ranked team this season.

The Friars will return next weekend with a home-and-home series against Quinnipiac University. The Bobcats will play at Schneider Arena on Friday, Oct. 15 at 3:00 p.m. before the Friars travel to Hamden, Conn. for the series finale on Saturday, Oct. 16 at 3:00 p.m.