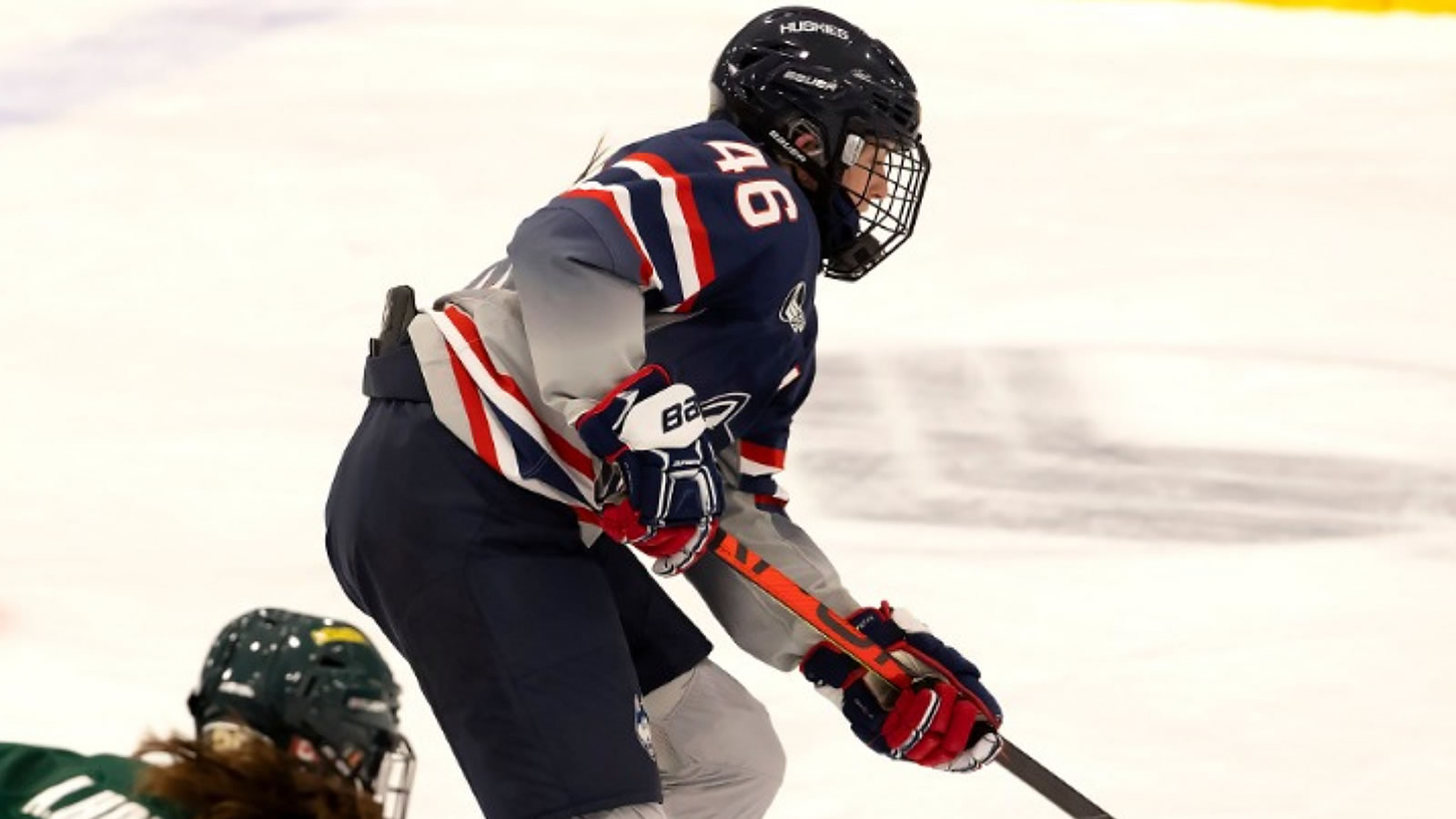 ROCHESTER, N.Y. - The UConn women's hockey team completed the weekend sweep of RIT with a 6-2 win on Saturday afternoon. The Huskies improve to 4-0 on the season, while RIT falls to 0-7.

UConn killed off an early penalty in the first period, limiting the chances for RIT to open the scoring. The Huskies would get their first opportunity on the powerplay just minutes later. The powerplay unit looked sharp early on, creating some good scoring chances, but were unable to find the back of the net. UConn outshot the Tigers 14-0 in the opening frame.

Senior Danielle Fox opened the scoring in the second period, grabbing her first of the season on the powerplay. A shot from the point from graduate student Morgan Wabck bounced around in front of the net before Fox put away the rebound. Graduate student Taylor Wabick was credited with an assist on the Fox tally as well. RIT answered minutes later, tying the game 1-1. Graduate student Natalie Snodgrass scored 23 seconds after RIT's tying goal, giving UConn the lead once again at 2-1.

Daniell Fox scored her second goal of the afternoon on a third period powerplay for the Huskies. Morgan Wabick would push the UConn lead to 4-1 with her first of the season just over a minute later, with a great diving play to put the loose puck into the net. RIT scored a later powerplay goal to cut the lead to 4-2, but senior Viki Harkness answered immediately with an empty-net goal to put UConn back in front 5-2. Harkness would score her second of the game with 40 seconds left in the game to extend the lead to 6-2.

Freshman goaltender Megan Warrener picked up her second win of the season in the 6-2 victory, making 17 saves on the afternoon. Warrener improves to 2-0-0 in her freshman campaign.

The Huskies will have their first Hockey East test on Friday, October 15th against Maine in Orono. Puck drop is scheduled for 6:00pm.