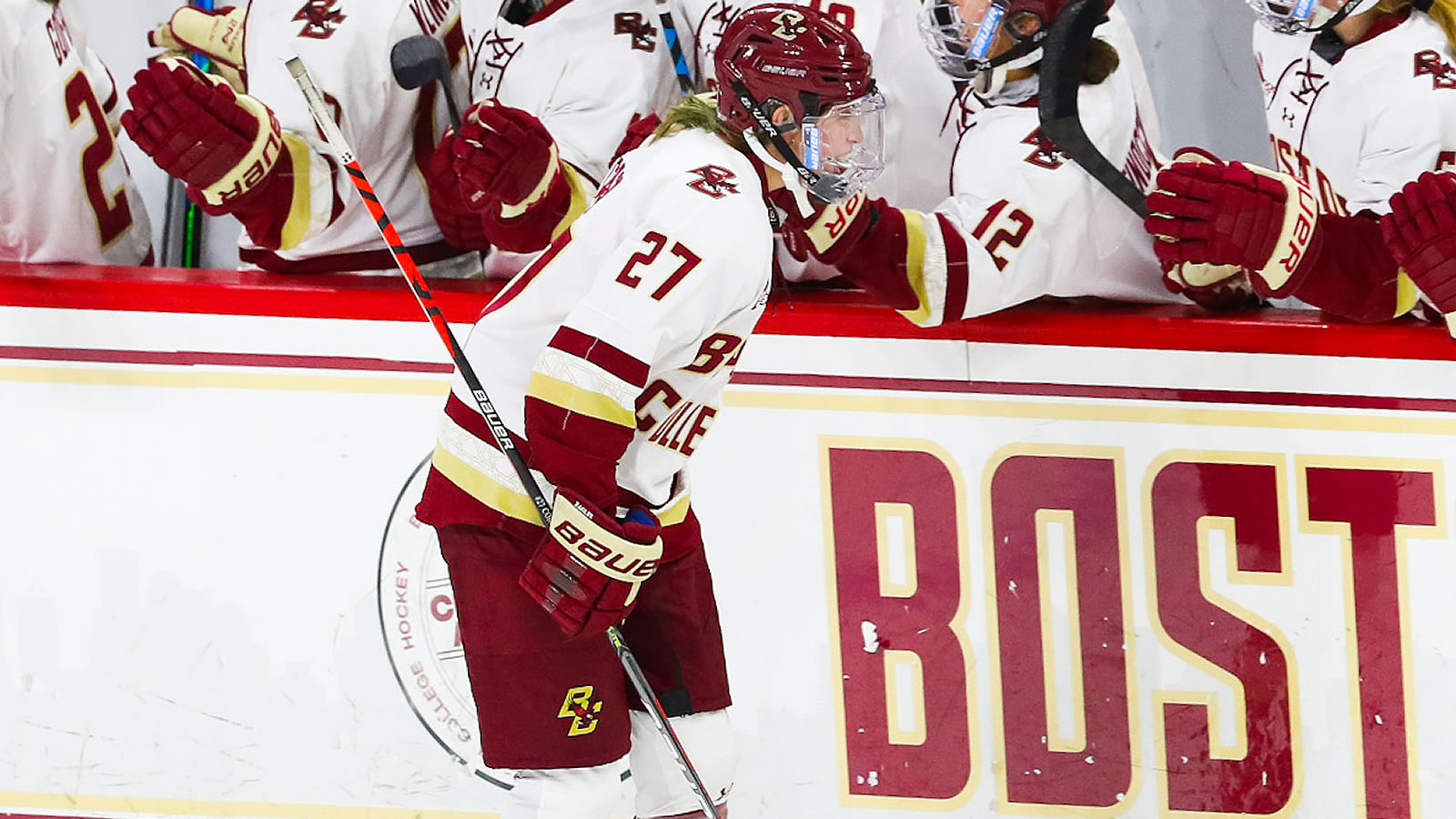 NORTH ANDOVER, Mass. - The No. 5/7 Boston College women's hockey team opened up Hockey East play with a 2-1 win over Merrimack at Lawler Rink on Saturday afternoon.

Katie Pyne scored her first career goal while Willow Corson tallied her first of the season. Goaltender Abigail Levy made 34 saves to earn the win for the Eagles.

1st, 10:54 | 1-0, BC GOAL: On the power play, Abby Newhook worked the puck to Alexie Guay at the top of the point, and Guay's slap shot was deflected near the post by Katie Pyne.

2nd, 6:28 | 2-0, BC GOAL: Jillian Fey fed Sidney Fess at the top of the point and Fess took a slap shot that Willow Corson redirected as it passed through the top of the crease.

3rd, 15:40 | 2-1 MC GOAL: With Merrimack on the power play, Abigail Levy saved Katie Kaufman's initial shot but the rebound dropped to the low crease for Madison Oelkers to put in the net.

- Through the first three games of the season, BC has six different goal scorers and 13 different players with at least one point.

- Sidney Fess picked up her first collegiate point with an assist on Willow Corson's goal.

- Katie Pyne registered her first career point with her goal in the first period.

- Corson's game-winning goal was the sixth of her career ... Jillian Fey earned her third career game-winning assist with her dish on the goal.

- Fess and Alexie Guay finished with two blocked shots each.

- Boston College will play a home-and-home series with New Hampshire next weekend.