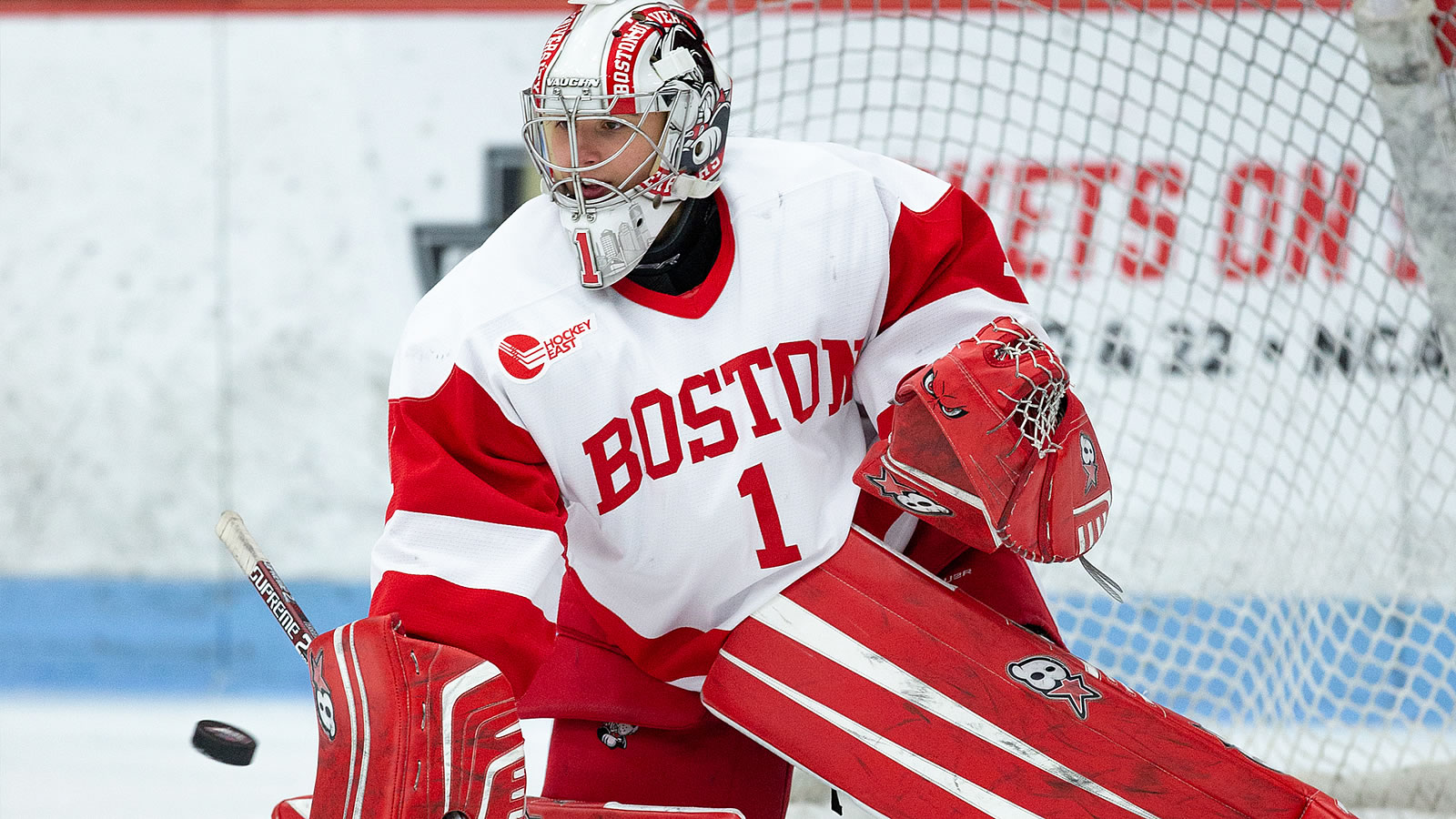 Shaunessy opened the scoring, getting her second goal in as many games, before Vote doubled the lead with her first collegiate goal. The Terriers are off to their first 3-0-0 start in nine seasons following Friday's result, which was their first win over a No. 2 team since Minnesota on Dec. 10, 2016.

- An even, back-and-forth first period produced no goals and a 14-12 shot advantage for the Terriers.

- Penalties played a huge role in the decisive second period with all three goals coming on the power play.

- Back-to-back Northeastern penalties resulted in a 5-on-3 advantage for the Terriers for 1:15.

- Right after the first Husky penalty ended, senior Jesse DeVito collected a rebound off her own shot and curled behind the net before finding Shaunessy in the high slot, where she snapped home her second goal of the season at 10:12 of the second.

- BU's fifth and final power-play chance of the night provided what would be the game winner.

- Shaunessy was involved once again as her one-timer from the top of the zone got to the net and the puck bounced around the crease with bids from juniors Julia Nearis and Brooke Ersoy before it found its way to Vote, who elevated it to the back of the net for her first goal as a Terrier.

- The Huskies got one back on a woman advantage of their own as Andrea Renner found Maureen Murphy skating down the slot with six seconds left in the power play the cut the BU lead in half.

- Northeastern held an 11-3 lead in shots in the final period and but were unable to get another past Stuart and the Terrier defense.

- NU held a 36-26 shot advantage for the game as Gwyneth Philips made 24 saves for the visitors.

- BU's 2012-13 squad was the last to start off a season with three straight wins and went on to post a 4-0-0 record before falling in its fifth contest.

- The Terriers have outscored their opponents 12-3 through three games and have yet to allow a third-period goal.

- The Terriers return to action on Saturday (Oct. 9) when they visit New Hampshire.

- Game time at the Whittemore Center is 2 p.m.

- BU opened its season last weekend with a home-and-home sweep of the Wildcats.