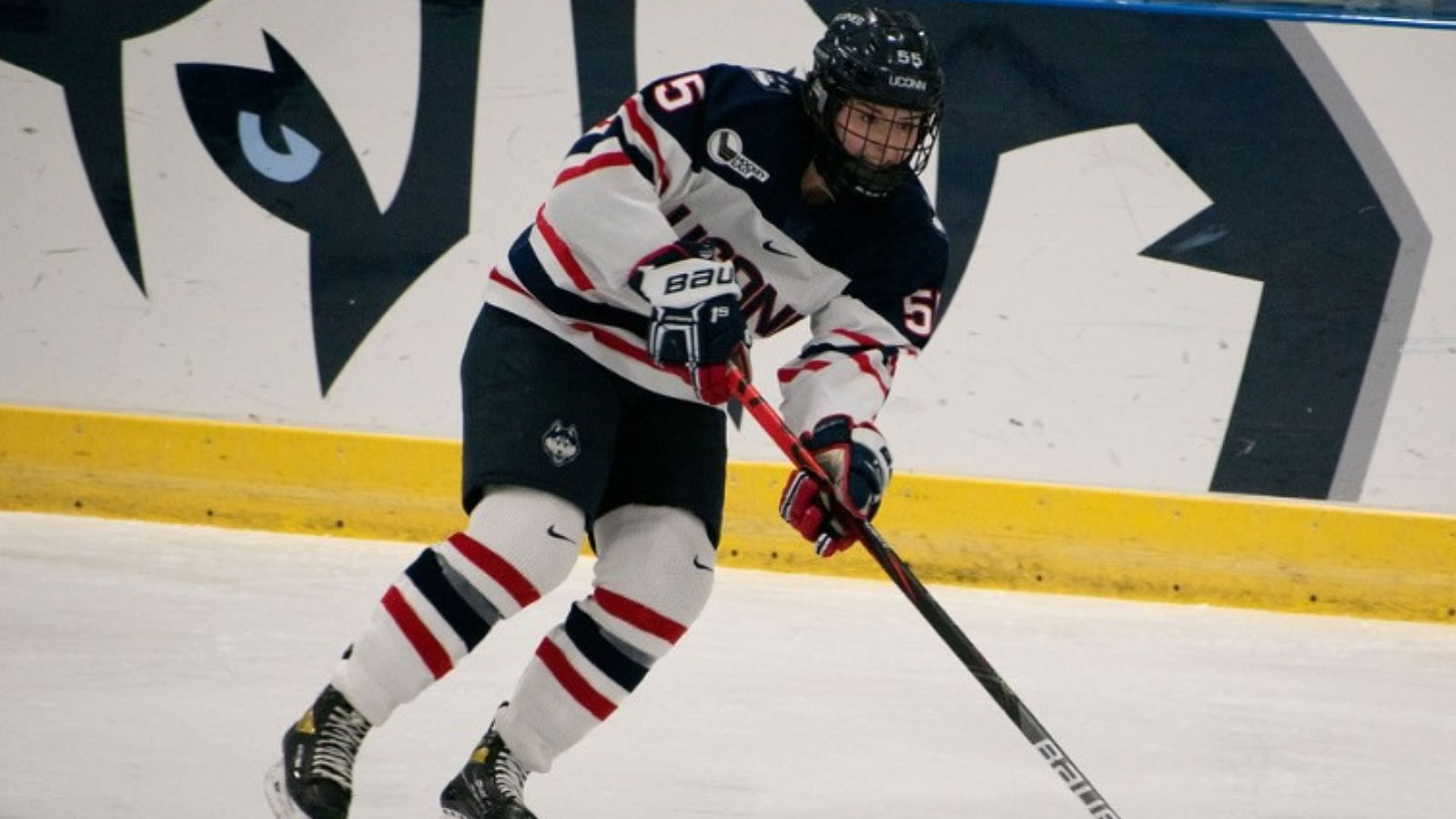 ROCHESTER, N.Y. - The UConn women's hockey team held off a late rally from RIT to win the opening game of the weekend series. The Huskies improve to 3-0 on the season.

The Huskies had several chances in the opening frame but could not break the deadlock. UConn outshot RIT 20-11 in the first period and senior goaltender Samantha Carpentier-Yelle made six saves. Freshman Ava Rinker led the Huskies with six shots on goal in the first period, as UConn put plenty of pucks on the RIT net.

RIT got on the board first, scoring on a breakaway just over five minutes into the second period. UConn answered back with a powerplay goal from junior Claire Peterson with assists from senior Viki Harkness and Ava Rinker. RIT took the lead again at the 14:23 mark of the period, before the Viki Harkness scored a late goal to tie the game again. Graduate student Natalie Snodgrass was credited with the only assist on the Harkness goal. The Huskies and Tigers would head into the third period tied 2-2.

UConn would take the lead for the first time early in the third period, as Viki Harkness finished a loose puck in front of the net, scoring her second goal of the game. Natalie Snodgrass picked up her second assist of the night on the goal and senior Danielle Pasqua was also credited with an assist on the Harkness tally. Junior Coryn Tormala scored her second goal of the season just minutes later, to give UConn a two-goal cushion. The Tigers would score another breakaway goal to cut the lead to 4-3 with just over 11 minutes to play in the third. The Huskies would hold on to win the opening game of the weekend series.

UConn will face RIT once again on Saturday, October 9th to close out the weekend series. Puck drop is scheduled for 2:00pm.