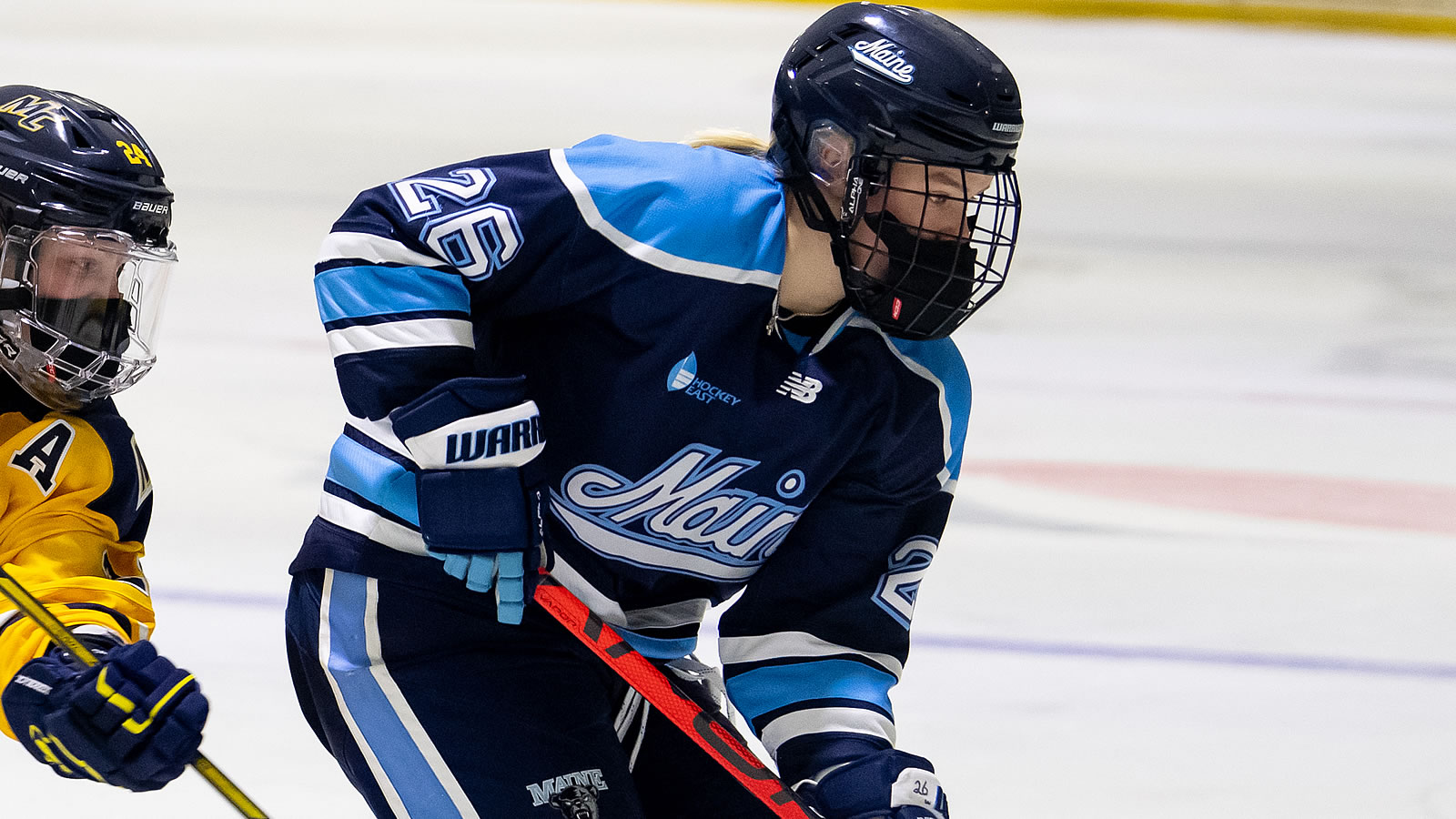 ORONO, Maine - The University of Maine women's ice hockey team lost in a close contest to the Hawks of Saint Anselm, 3-2 in the 2021-22 home opener.

Saint Anselm would follow up the early score with a 2nd score later in the first period as Kelly Golini netted her first of the season. Devin Porazinski (1) and Erin Meyers (1) grabbed the assists on the play.

The Black Bears would find an answer in the second period as Ally Johnson tipped home a Mira Seregély (1) wirst shot. For Johnson, it was her first goal of the season. Ida Press (1) also picked up an assist on the play.

The Hawks for strike for their third time early into the third period as Devin Porazinski netted her first goal of the young season. Kelly Golini (1) and Erin Meyers (2) picked up assists on the score.

Maine would find some late fight with a Ida Kuoppala goal into the top of the net as she shrunk the deficit to a 3-2 margin. Ali Beltz (2) and Ella MacLean (1) picked up the assists.

The Hawks of Saint Anselm would come away with the win on the back of Allie Kelley and her 52 save performance in the win. Loryn Porter would take the loss in the contest, picking up 16 saves in the performance.

For the Black Bears (0-3), they head back on the road for a weekend series against LIU on Friday, Oct. 8 and Saturday, Oct. 9.