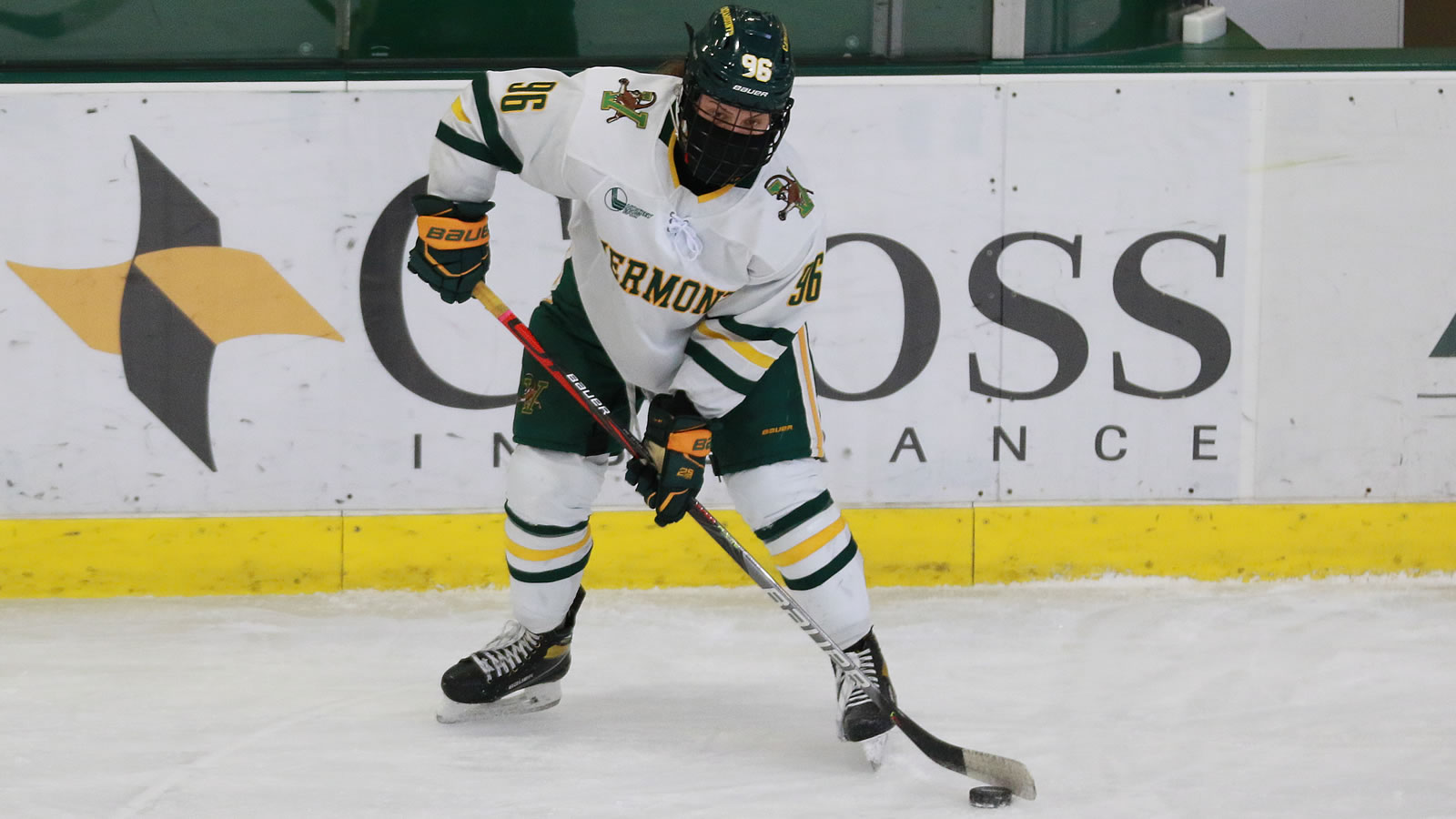 BURLINGTON, Vt. - Sophomore forward Natalie Mlynková had two goals and an assist leading Vermont to a 4-1 win Saturday afternoon at Gutterson Fieldhouse. With the win UVM starts the campaign 2-0-0 while the Engineers fell to 0-4-0.

"This was a great way to cap off our opening weekend and this is the kind of execution our team is capable of," Head Coach Jim Plumer said. "We got stronger as the game went on and our puck possession improved immensely period by period. Our team defense was solid all weekend, giving up just 26 shots in two games. I am excited to build on this successful opening weekend."

- RPI opened the scoring 20 seconds into the contest. UVM's Blanka Škodová made an initial save on a one-timer by Lauren Severson but Marah Wagner crashed the net and put in the rebound.

- Natalie Mlynková equalized for the Catamounts shorthanded 7:11 into the contest. In transition, she took a feed from Sara Levesque, dangled past an RPI defender and roofed shot over Amanda Rampado's shoulder.

- Five minutes later UVM took its first lead of the contest with a power play marker on a nifty passing play. Maude Poulin-Labelle took a feed from Sini Karjalainen and found Lily Humphrey alone on the backdoor. Humphrey one-timed a pass from Poulin-Labelle for her first goal of the season with 7:28 left in the first.

- 58 seconds later Mlynková struck again to double the Vermont lead. Evelyne Blais-Savoie fired a hard-low shot that Rampado padded aside, but the rebound came right to Mlynková who lifted it over her pad for her second goal of the afternoon. Blais-Savoie earned her first career collegiate point with an assist on the tally. Lilly Holmes also earned a secondary assist.

- Midway through the second period Sini Karjalainen extended UVM's advantage to three with her first goal of the year. During a stretch of four-on-four play Mlynková picked the pocket of an RPI defender behind the net and passed to Karjalainen who was cutting into the slot. She one-timed a slapper past Rampado.

- Blanka Škodová made five saves in the third period, part of her 14 on the afternoon, to secure her second win of the season.

- Under Head Coach Jim Plumer UVM is now 4-0-1 against the Engineers. UVM leads the all-time series with RPI 12-8-4 now.

Vermont continues non-conference play next weekend as they host No. 8 Colgate in a two-game non-conference series from Gutterson Fieldhouse. The first matchup is set for 2 p.m. Saturday afternoon. The teams will be back at it Sunday at 4 p.m. Both games will be broadcast live for free on CollegeSportsLive.com.