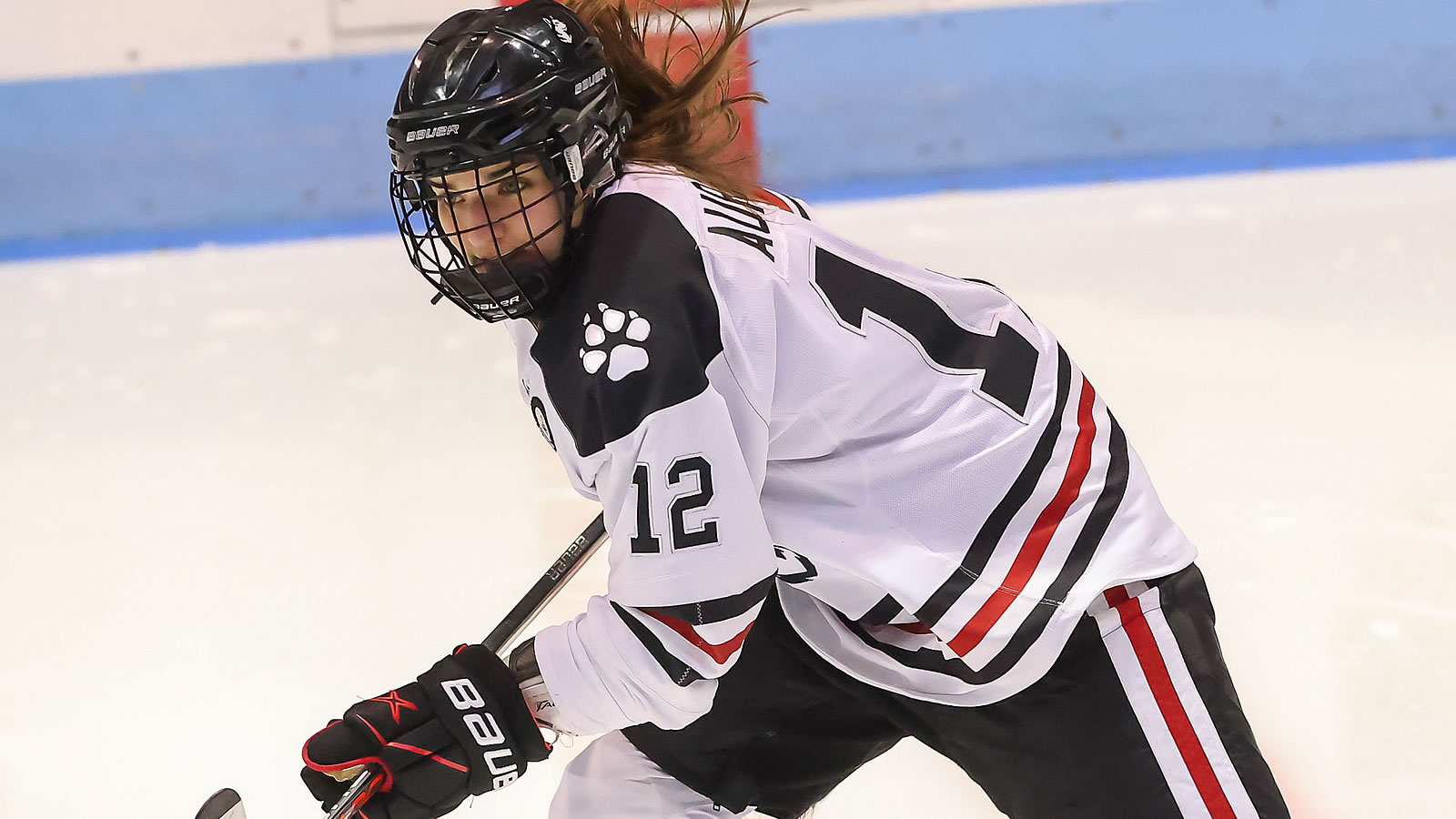 BOSTON - Senior forward Chloé Aurard scored two goals and assisted on one and junior forward Katy Knoll set up her teammates twice and scored once to lead No. 2 Northeastern women's hockey (2-0-0, 2-0-0 HEA) in a 6-0 win over Holy Cross (0-2-0, 0-2-0 HEA) at Matthews Arena on Saturday afternoon.

On the afternoon the 2020-21 Hockey East Championship and 2021 Patty Kazmaier Memorial Award banners were unveiled in Matthews Arena, the Huskies earned their second straight shutout victory over Holy Cross, outscoring the Crusaders 11-0 in both games this weekend.

Graduate student forward Maddie Mills kicked off the game with her first goal of the season, assisted by Abbey Marohn and Maureen Murphy.

Irving quickly followed up Mills' goal with her own, finishing off a pass across the slot by Mills from Brooke Hobson.

The first period was capped off with a goal from Katie Cipra, who took her opportunity on the rebound after Skylar Fontaine's and Micaela Sindoris' shots were saved.

Aurard's second shorthanded goal of the season was the lone tally in the second for the Huskies, pushing them further in front thanks to Katy Knoll's assist.

The Knoll-Aurard connection continued in the final frame, as they both scored and were among the assists in each of the others' goals, increasing the Husky lead to six.

Junior defender Megan Carter assisted on Knoll's goal, setting up a teammate for the third time this season.

Aurard increased her point total to six on the season, leading both the Huskies and Hockey East through two games.

Graduate student goaltender Aerin Frankel played 51 minutes, making 15 saves. Junior goaltender Alexa Matses took over with just over nine minutes left to play in the third, stopping both shots she faced and earning the combined shutout for the two netminders.

The Huskies will return to the ice on Friday, October 8 as they take the green line down Comm. Ave. and battle crosstown foe Boston University at Walter Brown Arena at 7 p.m. on CollegeSportsLive.