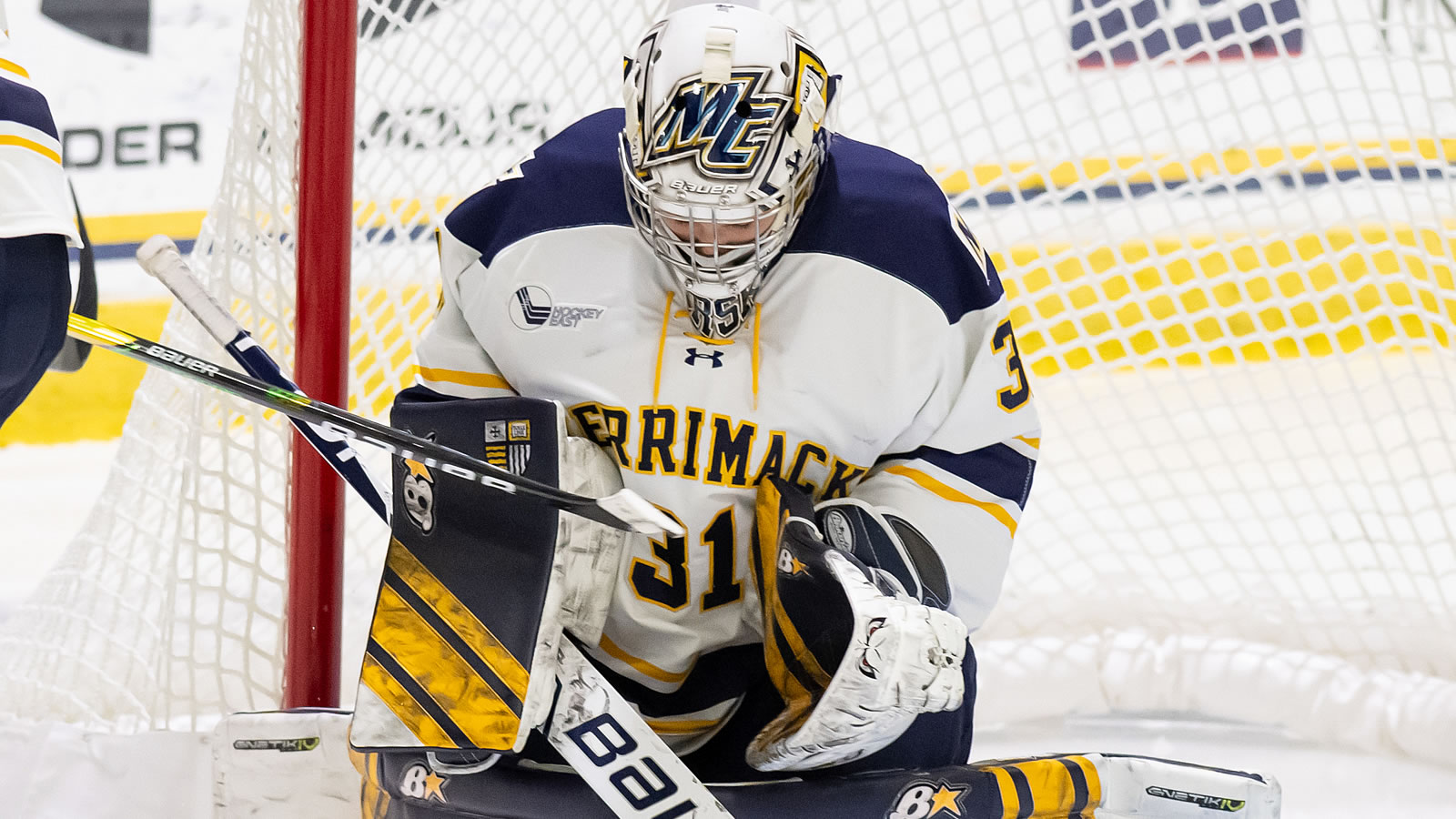 Junior goaltender Emma Gorski turned aside 34 shots for the Warriors
Merrimack College Shut Out By Wisconsin, 4-0

NO. ANDOVER, Mass.- The Merrimack women's ice hockey team held the No. 1 University of Wisconsin Badgers to a 4-0 final on Friday afternoon in the first of a weekend set.

- Merrimack's defense handled the opening press from Wisconsin, with 16 shots on goal in the first period. The visitors took the lead two minutes into the contest on an elevated wrap around shot.

- Wisconsin struck again in the final five minutes of the first period, with a pass from behind the goal line tipped in to double the lead.

- The Badgers jumped for a third goal early in the second period, deflecting a puck in off of a pass from along the boards. The fourth of the night for Wisconsin would come again late in the period, off of a bang-bang play catching Gorski off edge to finish their goal scoring for the night.

- The Warriors pushed to light the lamp in the third period, with a game-best seven shots on goal. Teghan Inglis, Ally Qualley and Katie Kaufman all notched a team-leading three shots on goal in the contest.

Goaltender Emma Gorski had a season-best 34 save performance, earning third star honors for her performance for the Warriors.

The Warriors close out the series at home against the Badgers on Saturday, October 2 with puck drop at 2 p.m.