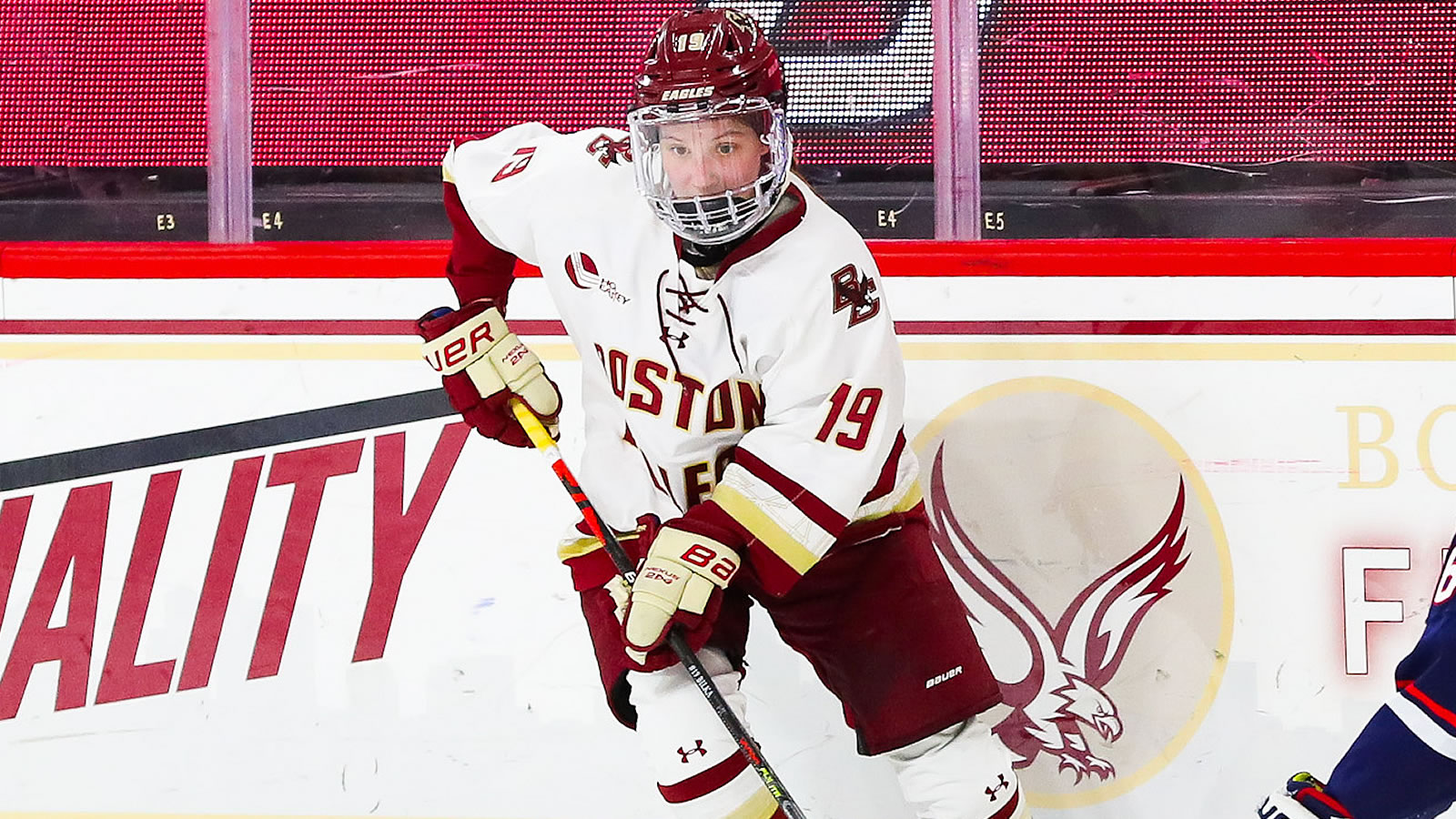 UNIVERSITY PARK, Pa. - The No. 7/8 Boston College women's hockey team topped Penn State, 2-1, on Friday night to earn a weekend sweep at Pegula Ice Arena. Caroline Goffredo and Hannah Bilka found the back of the net for the Eagle while Abigail Levy finished with 33 saves.

Penn State struck first less than five minutes into the game but Goffredo potted her first career goal just four minutes later to even the score. Bilka's game-winning goal midway through the second frame gave a 2-1 lead. Behind Levy's 15 saves in the third period, the Eagles were able to complete the weekend sweep.

1st, 4:03 | 0-1, PSU GOAL: Kiara Zanon centered a pass to Natalie Heising, who was right off the crease, and Heising one-timed it in the net.

1st, 8:04 | 1-1, BC GOAL: Willow Corson forced a turnover at the blue line and Hannah Bilka carried the puck in on goal, split two defenders and got the puck over to Caroline Goffredo for a finish at the right post.

2nd, 8:12 | 2-1, BC GOAL: Bilka got the puck deep in the neutral zone and carried it up the center of the ice before drifting over the left wing as she entered the left circle. Bilka then wristed a shot off of the far right post and in the net.

- Abigail Levy finished with 33 saves for the Eagles, including 15 in the final frame.

- The Eagles are now 2-0-0 in the all-time series with Penn State ... BC has an all-time mark of 15-19-2 against College Hockey America Schools ... Crowley now has an overall record of 4-1-3 when going head-to-head with Jeff Kampersal.

- Hannah Bilka potted her fifth career game-winning goal ... she added an assist to pick up her 13th career multi-point game.

- Willow Corson registered her first assist of the season.

- Keri Clougherty picked up her first collegiate point with an assist on Bilka's goal.