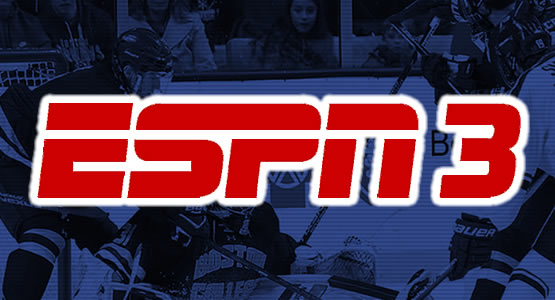 WAKEFIELD, MASS. - The Hockey East Association and ESPN announced today a multi-year agreement that will annually see 10 regular season games and the three games of the Hockey East Tournament championship weekend be made available to stream live on ESPN3. A full schedule of the 2017-18 season can be found below.

ESPN3 is ESPN's live multi-screen sports network, a destination that delivers thousands of exclusive sports events annually. It is accessible on computers, smartphones, tablets and streaming devices through the ESPN app. The network is available at no additional cost to fans who receive their high-speed Internet connection or video subscription from an affiliated service provider. The network is also available at no cost to U.S. college students and U.S.-based military personnel via computers, smartphones and tablets connected to on-campus educational and on-base military broadband and Wi-Fi networks.

The Hockey East Tournament semifinals and championship will be produced by and air on NESN throughout New England.