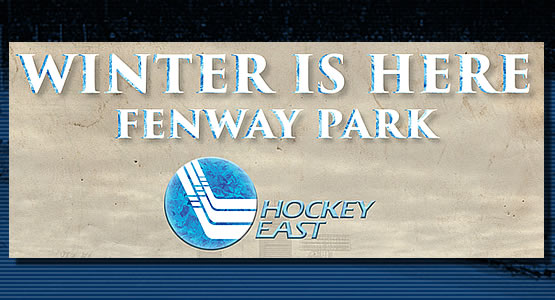 "Outdoor hockey is quickly becoming a staple on Boston's winter sports calendar and we look forward to joining with Hockey East and the City of Boston to build on that tradition by bringing some of the most accomplished and talented collegiate teams in the country to compete on the ice at Fenway Park," said Boston Red Sox President Sam Kennedy.

The two Hockey East doubleheaders featuring eight of the premier college hockey programs in New England are scheduled to take place on January 7 and 14. Game times to be announced at a later date:

"Hockey East and our schools could not be more excited to take the ice once again at Fenway Park," said Hockey East commissioner Joe Bertagna. "Once Frozen Fenway 2017 is complete all twelve Hockey East schools will have played an outdoor game at Fenway Park, creating once-in-a-lifetime memories for the players, students, alumni and fans."

Along with the hockey games, Mayor Martin J. Walsh and the City of Boston will host a free public skate for residents to experience Frozen Fenway on Monday, January 16, 2017. Additional details will be made available to the public in the coming months.

Fenway Sports Management (FSM) is a global sports marketing firm that specializes in partnership sales, consulting, and the creation of unique and memorable events and experiences. A wholly owned subsidiary of Fenway Sports Group, FSM is a part of an elite family of properties that includes some of the most storied names and venues in all of sports including the Boston Red Sox, Liverpool Football Club, New England Sports Network, Roush Fenway Racing and the Pawtucket Red Sox. For further information visit Fenway Sports Management.