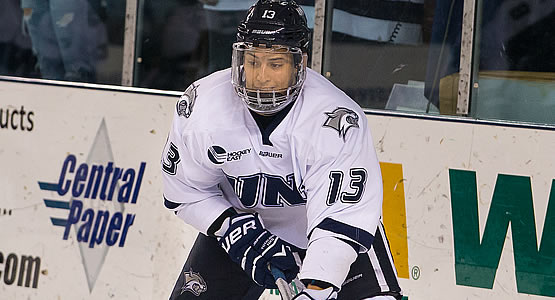 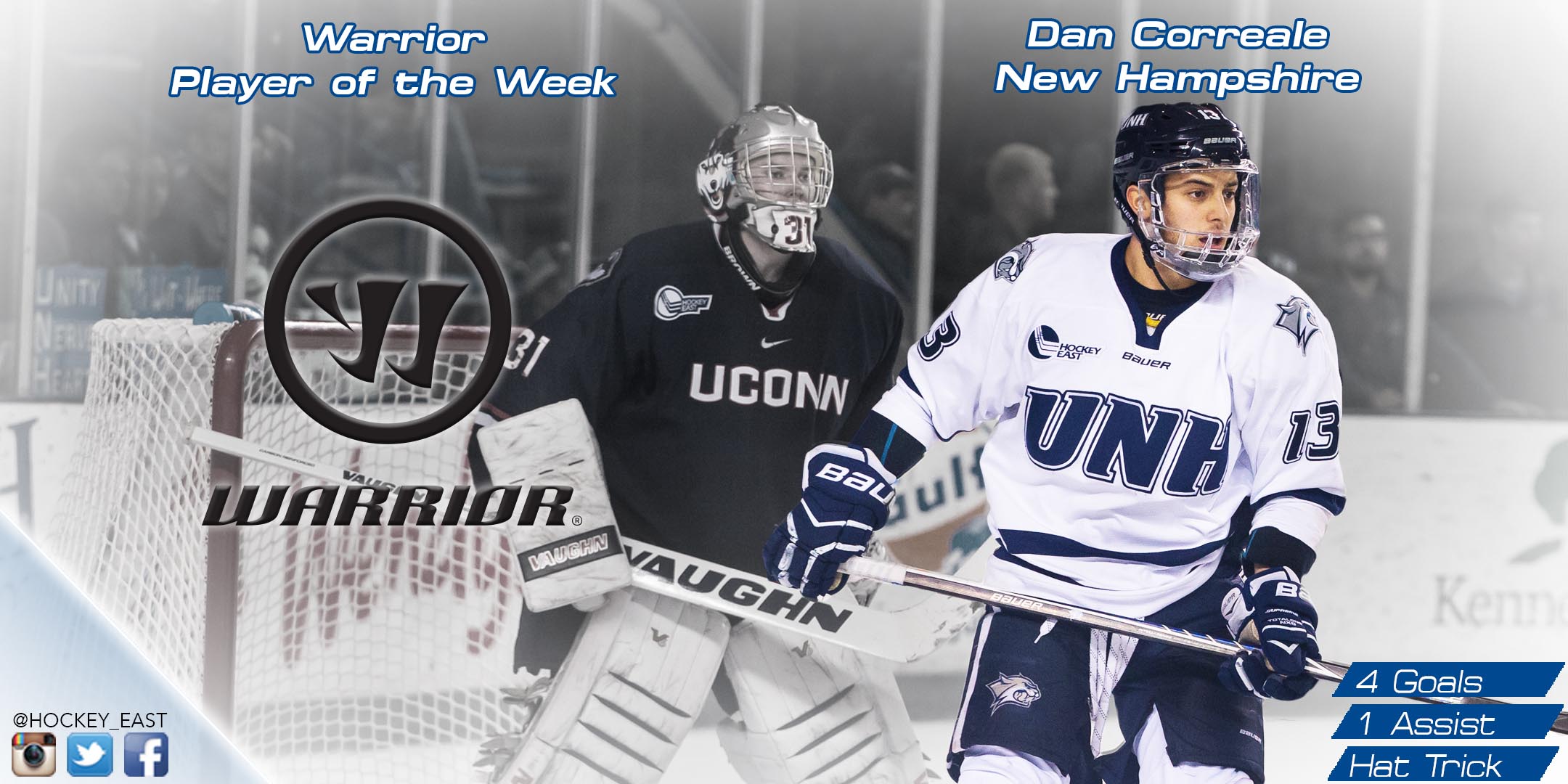 Correale recorded five points (4g, 1a) in two games, including his first career hat trick Friday at UMass. Saturday night, he assisted on the game-winning goal at No. 18 Union to help the Wildcats take three points out of four on the weekend. 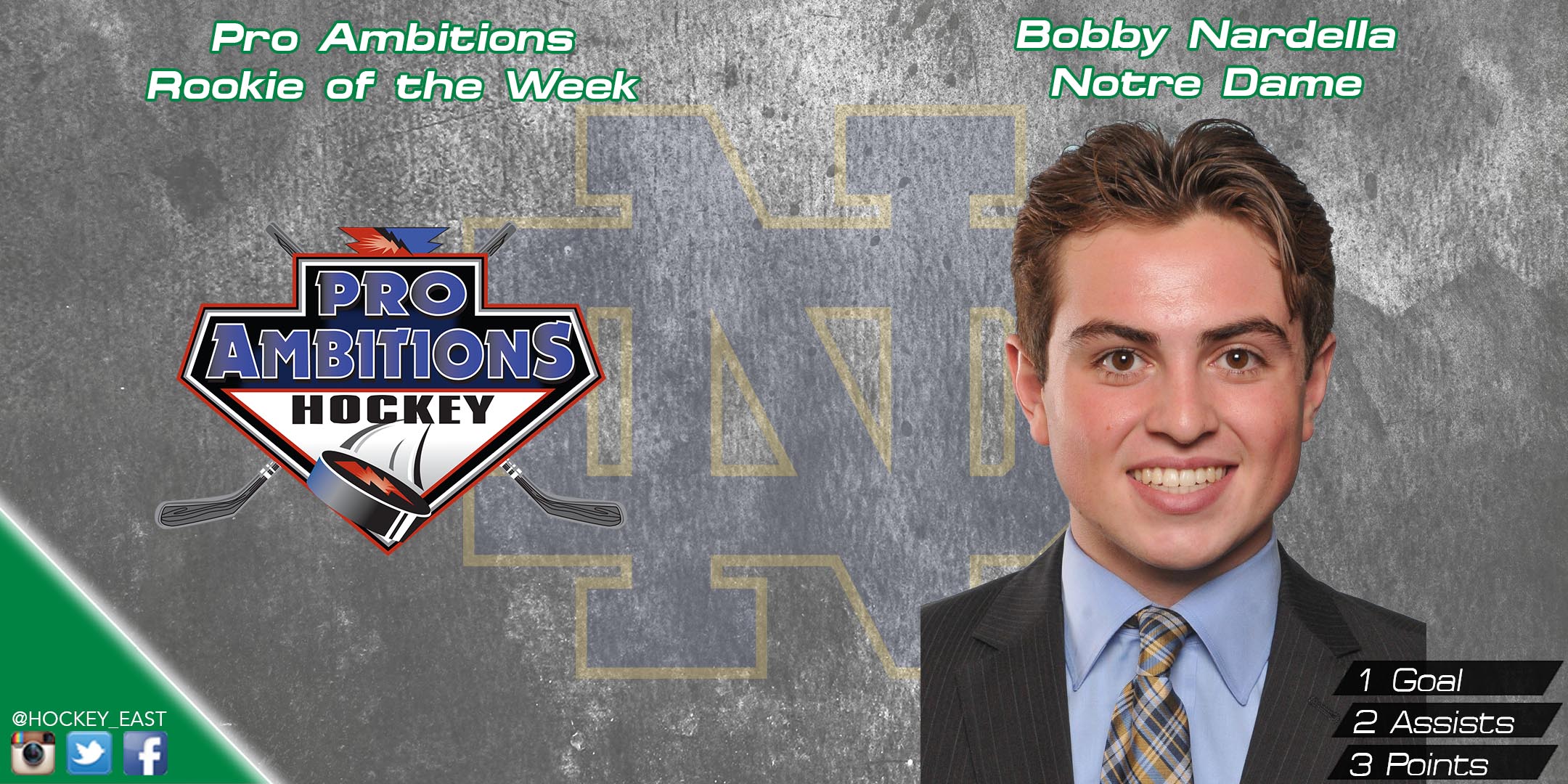 Nardella had a three-point weekend to help the Irish to a pair of ties against No. 5 Minnesota Duluth. The rookie defenseman had a goal Friday before notching his first multi-point game Saturday night to secure the second-straight 3-3 tie between the squads. 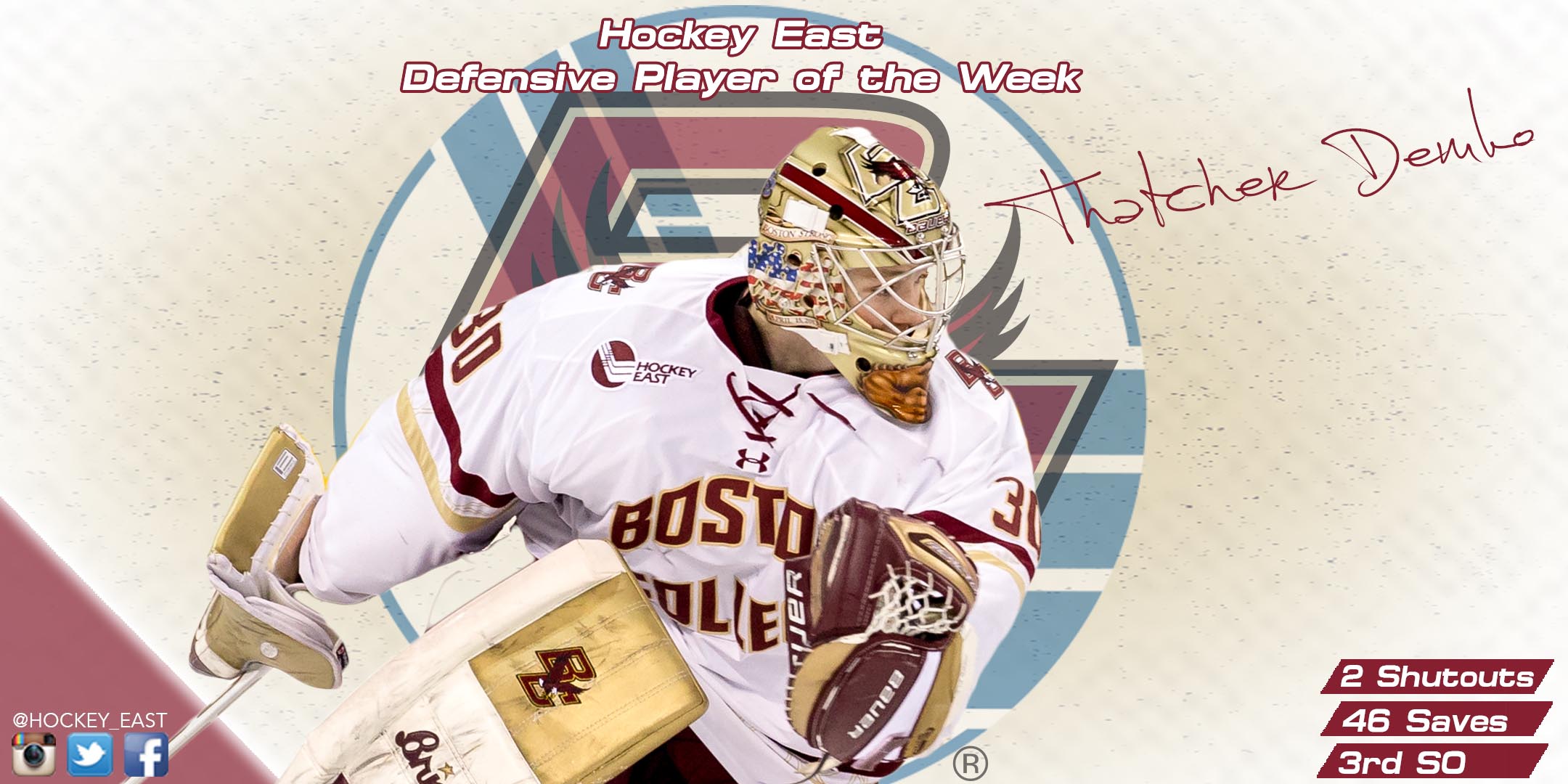 Demko picked up his third-consecutive shutout Saturday at Colorado College and has not allowed a goal in 195:38 of play after blanking the Tigers, 3-0 and 5-0. Demko made 46 saves in two contests to register the two blank sheets and give the Eagles two road victories.

Jeremy Bracco, BC (Fr., F; Freeport, N.Y.) Picked up the first points as an Eagle with three assists in Friday's 3-0 win at Colorado College.

Brandon Fortunato, BU (So., D; North Hills, N.Y.) Netted the game-winning goal and chipped in a helper to push the Terriers past UConn.

Brian Christie, MC (Sr., F; West Chester, Pa.) Posted a goal and an assist in two games against UML. Each game ended in a 1-1 draw.

Adam Clark, UNH (So., G; Sherwood Park, Alberta) Collected the first win of the year in his first start, stopping 34 shots at No. 18 Union.

Mike Santaguida, UVM (Jr., G; Mississauga, Ont.) Made 70 saves on the weekend, including a career-high 39 Friday night against No. 1 UND.