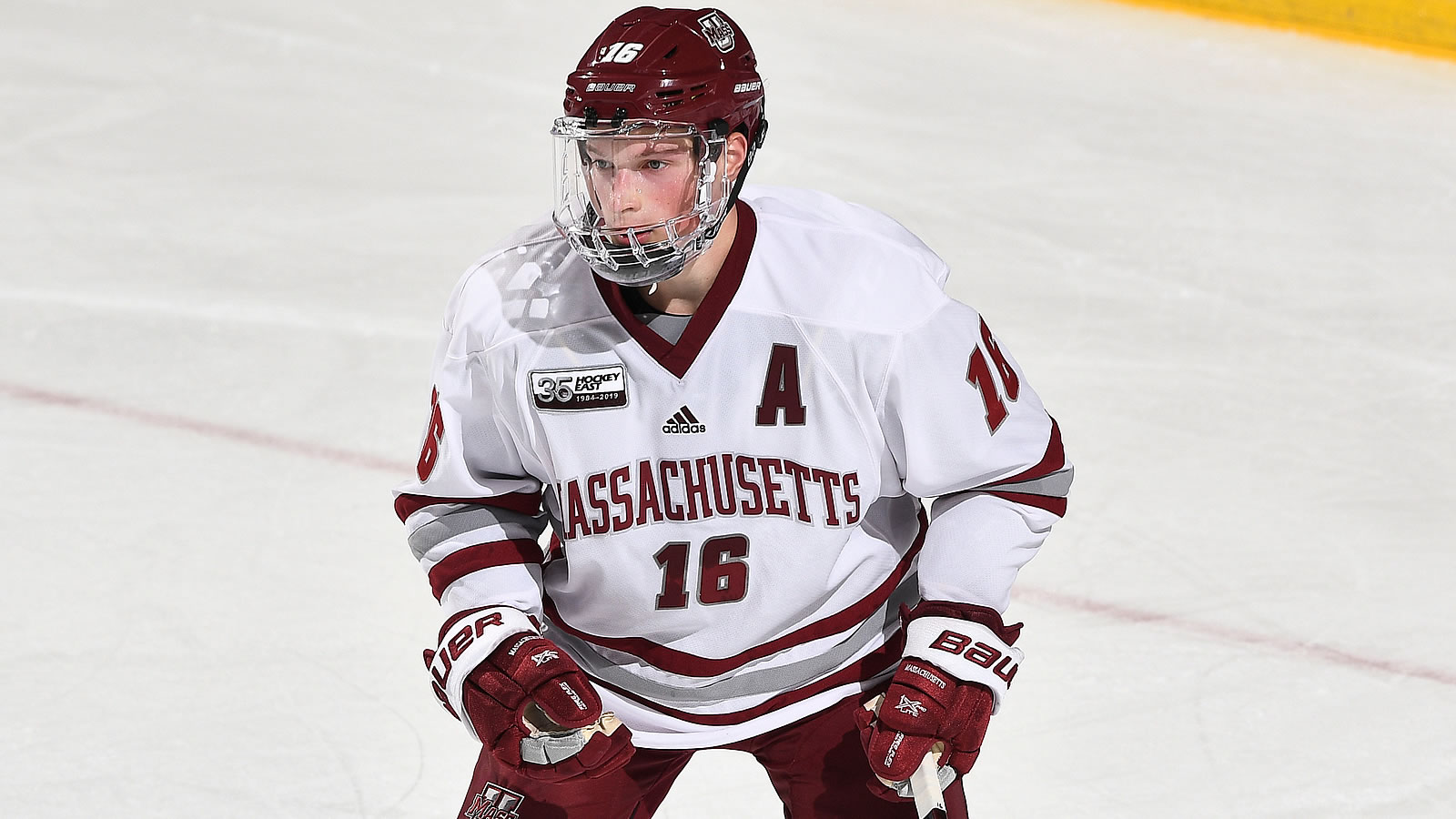 AMESBURY, Mass. - A record 82 alumni of the Hockey East Association have begun the 2021-22 season on National Hockey League rosters. The number also nearly doubles the 44 league alumni who suited up in the NHL on opening night in 2011, showing the steady growth of the leagueâs talent over the last decade, and sets a new mark for Hockey East products in the NHL on opening night for the 10th season in a row. A full list of players, sorted by NHL team and Hockey East school, can be found below.

Eleven schools are represented on 31 of 32 NHL teams, led by 21 from Boston College alone. Boston University boasts 15 Terriers in the NHL, Massachusetts claims 10 players, Providence sends eight, New Hampshire developed six, five Northeastern Huskies and Maine Black Bears have suited up on opening night alongside three UMass Lowell River Hawks, and one alumnus each from UConn and Vermont. Additionally, six Notre Dame alumni who competed in Hockey East for the Fighting Irish made an NHL club.

The Pittsburgh Penguins lead all NHL teams with eight Hockey East alumni on their roster while 20 others have at least two league products.

The record-setting milestone comes after 17 current players and recruits were selected in the 2021 National Hockey League Entry Draft, representing seven of the 11 Hockey East member schools. Hockey Eastâs 17 selections were once again the most of any college hockey conference and represent nearly one third of the 56 NCAA players and recruits chosen.

Of the 17 players, reigning Pro Ambitions Co-Rookie of the Year Josh Lopina (Minooka, Ill./Massachusetts/Anaheim) was the lone skater who spent the 2020-21 season in Hockey East. In total, Hockey East had seven forwards, nine defensemen, and one goaltender chosen. Massachusetts led all member schools with four players chosen for the second consecutive year, while Boston University and Vermont each boast three, Boston College, New Hampshire, Providence claim two, and one future UConn Husky was picked.

ABOUT HOCKEY EAST: The Hockey East Association is an 11-team Division I college menâs hockey con- ference founded in 1984 and a 10-team Division I womenâs league which began play in 2002-03. The menâs league has won 10 NCAA championships in the past 27 years, most recently Massachusetts in 2021. Since 1999, Hockey East has won eight menâs NCAA Championships with 17 NCAA Championship Game appearances, while placing 28 teams in the Frozen Four and 74 teams in the NCAA Tournament. Overall, Hockey East has sent 118 teams to the menâs NCAA Tournament since its inaugural season, more than any other conference in that span. Hockey East is home to 11 Hobey Baker winners and four Patty Kazmaier winners.

*will begin season on injured reserve